Wayne Clough served as the 10th President of the Georgia Institute of Technology from 1994 to 2008 and as the 12th Secretary of the Smithsonian Institution from 2008 to 2014. He previously held faculty appointments at Duke University, Stanford University and Virginia Polytechnic and State University, where he also served as Chair of the Department of Civil and Environmental Engineering and Dean of the College of Engineering. He was Provost and Vice President of the University of Washington just before coming to Georgia Tech. Shortly after Clough became president, the Institute served as the Olympic Village for the 1996 Centennial Olympic Games and home to two of the competition venues. During Clough’s tenure, Georgia Tech’s national rankings rose into the top 10 among public universities. The student population increased from 13,000 to 18,000, and funding for external research more than doubled from slightly more than $200 million to $425 million. Clough was the first alumnus to serve as president of the Institute: he earned a Bachelor of Science in Civil Engineering in 1964 and a master’s in the field in 1965. During his tenure, two successful national fundraising campaigns were undertaken, resulting in increases in endowed faculty positions, support for student leadership programs, and new cross-disciplinary research initiatives. The G. Wayne Clough Georgia Tech Promise Scholarship was created, allowing financially disadvantaged students to graduate without accruing debt. As of 2014, more than 600 students from 87 counties in Georgia have benefited from Tech Promise. Now ranked nationally, the Wallace H. Coulter Department of Biomedical Engineering at Georgia Tech and Emory was created in 1997. More than a billion dollars was invested in new buildings and campus improvements, including the four-building Biotechnology Complex, Technology Square (which extended the campus across Interstates 75 and 85 into Midtown Atlanta), the Marcus Nanotechnology Building, a new state-of-the-art Campus Recreation Center, and the 220,000 square-foot Undergraduate Learning Commons. The platinum LEED certified academic facility intended to enrich the undergraduate academic environment and present innovative learning opportunities was subsequently named for Clough. As Secretary of the Smithsonian, Clough led the development of a new form of strategic plan that brought focus to the diverse activities of the world’s largest research and museum complex and established a path forward for the 21st century. His tenure was marked by a number of firsts for the Smithsonian including a national fundraising campaign, a national branding initiative, an institution-wide commitment to sustainability, formation of an Office of Smithsonian Education, creation of an office for cross-disciplinary research funded by a $10 million grant from the Gates Foundation, development of the Marine Global Earth Observatories network, establishment of a systematic set of research partnerships with sister federal agencies and universities, and laying the framework for the Digital Smithsonian. During his tenure, more than $1 billion in philanthropic gifts were raised, creating new endowed positions for museum and research center directors, scholarships and fellowships, and providing funding for new buildings and exhibitions. More than 600 exhibitions were offered while he was Secretary, and he presided over more than $1 billion in renovation and new construction projects, including the new National Museum for African American History, the Mathias Environmental Research Laboratory at the Smithsonian Environmental Research Center, Sant Ocean Hall and the Hall of Human Origins at the National Museum of Natural History, Flag Hall at the National Museum of American History, the Cooper Hewitt Smithsonian Design Museum in New York City, the Seals and Sea Lions Exhibit and the Elephant House at the National Zoo, and the campus for the new Smithsonian-Mason School of Biological Conservation at the Smithsonian Biological Conservation Institute in Front Royal Virginia. Clough, a native of Douglas, Georgia, received bachelor’s and master’s degrees from Georgia Tech in civil engineering and a Ph.D. in civil engineering from the University of California, Berkeley. Clough has earned numerous awards and honors during his career. He was elected to the National Academy of Engineering in 1990 and was awarded its Arthur M. Beuche Medal in 2008 for national service in public policy. He has received nine awards from the American Society of Civil Engineers (ASCE), including two Norman Medals, the oldest award of ASCE, and the OPAL Award for lifetime achievement. He received Georgia Tech’s Joseph M. Petit Award for Distinguished Service in 2009 and was named to the Technology Hall of Fame of Georgia in the same year. He was elected to the American Academy of Arts and Sciences in 2010 and received the Medal of the Foreign Policy Association in 2011. He was awarded the Ralph Coates Roe Medal of the American Society of Mechanical Engineers in 2013. In 2014, he received the President’s Medal of Emory University and the Silver Order of the de Fleury Medal of the Army Corps of Engineers for his service in the rebuilding of the hurricane protection system in New Orleans. In 2016 he received the Engineering Excellence and Leadership Award from George Mason University. Clough has received 12 Honorary Doctorates from universities and colleges. His most recent publications are Increasing Scientific Literacy: A Shared Responsibility in 2010 and The Best of Both Worlds: The Digital Future of Museums, Libraries and Archives in 2013. Seeing The Universe From Here: Field Notes from the Smithsonian is currently in press. 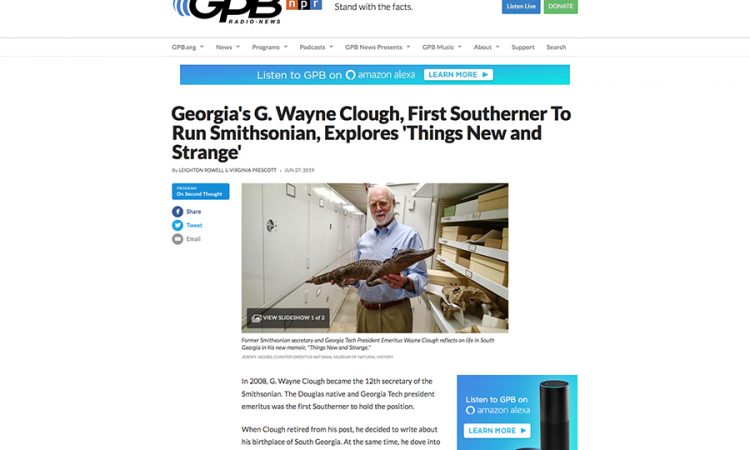 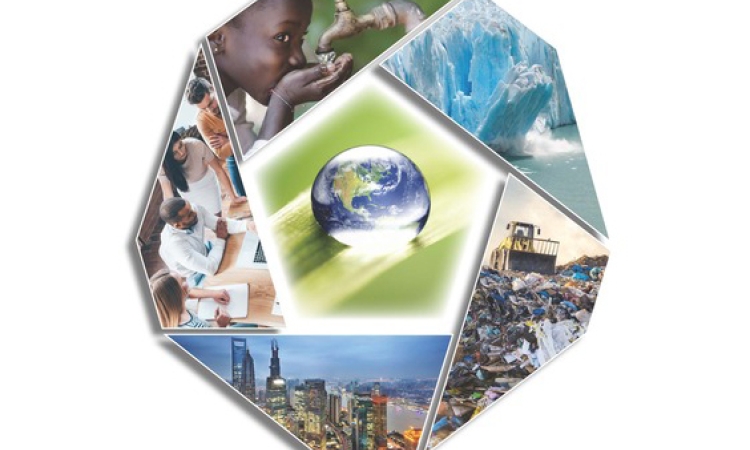 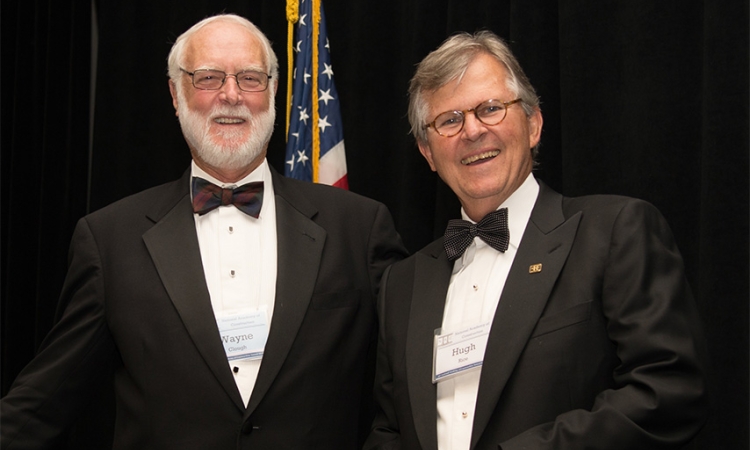